✦ Carnatic consisted of cholamandalam and its surrounding places

✦ Because of war of succession in Austria, French and English started war in India

✦ The first Carnatic war was ended by the treaty of Aix-la-chappelle in 1748 as per treaty they handover their territory.

✦ In 1748, the general war between the England and French ended and, as a part of the peace settlement, Madras was restored to the English by the Treaty of Aix-la-Chaplle in 1748 which ended the Austrian war of succession.

✦ Under the terms of Treaty of madras was handed back to the English much to disgust of Dupleix. Though the First Carnatic War ended, the rivalry in trade and over the possessions in India continued and had to be decided one way or the other.

The war of succession of Hyderabad, Karnataka, and conflicts of British and French.

✦ French and English interferred the politics of Tamil Nadu for the first time during this war.

✦ But Anvaruddin was killed at Ambur was in 1749. And his son Muhammad escaped to Trichy. Chanda sahib besieged trichy Rockfort.

✦ Using this lucky situation, Robrt Clive from Bengal captured Arcot in 1751. So he was called as the ‘HERO OF ARCOT’.

✦ The Arcot war reduced the fame and strength of French in Tamil Nadu.

✦ The second Carnatic war ended up by the TREATY OF PONDICHERRY in 1755.

✦ The Treaty of Pondicherry which brought an end to Second Carnatic War had the following provisions:

✦ Promise of the England and the French companies not to interfere in the internal affairs of Indian rulers.

✦ Acceptance to stay of the French Army under Bussy at Hyderabad.

✦ Return by the English and French companies of the conquered parts of each other.

✦ Treaty to be finalized only after the approval of the respective governments of the two companies at home.

✦ The significant events of the war were:

✦ Outbreak of the seven years war in Europe in 1756, the capture of Chandranagore by Clive and Watson (1757) in Bengal and the arrival of Court de lally to retrieve the position of the French in India (1758).

✦ Defeat of the French fleet under‘d’ Ache by the English Navy under Pocock in three naval battles.

✦ Defeat of Count de Lally by the English General Eyre Coote in the BATTLE OF WANDIWASH (fort in the Carnatic state) (Janauary 22, 1760).

✦ Replacement of the French by the English as the Nizam’s protectors (March, 1760), surrender of Pondicherry to the English (1761) and loss of all other settlements in India by the French.

✦ Conclusion of Peace and restoration of the settlements to the French (1763).

✦ Naval superiority of the British, facilitating swift movement of the English to and from India.

✦ Home government’s complete approval to the politics and programmes of the English; little interest of the French government in Indian affairs.

✦ Stronger financial position of the British.

✦ Establishment of the English control over Bengal, one of the richest and most prosperous regions of India then

✦ English control over Bombay and Madras.

✦ Recall of Bussy from Hydrabad.

✦ Bengal a very the rich province of the Mughal empire developed into an independent kingdom under Aliardi Khan. After his death, his grandson Siraj-ud-daulah became the Nawab of Bengal.

✦ It is said that 146 English prisoners, held by the Mughals, were crowded into a small chamber that had a single, small window on a june night in 1756. Several of prisoners died of suffocation and wounds. This aroused the dignation of Englishmen in India. However, historians treat this tragedy as a myth rather than reality.

✦ On 23rd June 1757 Siraj-ud-daulah met Robert Clive in a village called Plassey near Calcutta. Within a few hours, the Nawab was defeated and killed. British made Mir Jafar as the administrator of Bengal.

✦ Misinterpretation of the Mughal ‘farman’ by the British, and their misuse of the ‘dastaks’ or free passes.

✦ Between Bengal Nawab Siraj-ud-daulah and the English.

✦ Marked the beginning of the ‘Drain of Wealth’ from India to Britain.

✦ Mir Jafar was removed and Mir Quasim was made as the Nawab of Bengal.

✦ Conflict  for sovereign power between English and Mir Quasim and the Nawab Mir Quasim abolished Dastak rights (free trade rights). It affect the British trades so that they start war against Nawab.

✦ Mir Quasim made an alliance with Shah Alam-II and Nawab of Awadh Shuja-ud-daulah; English defeated them.

✦ A Battle between the combined army of Indian rulers and British took place at Battle of  Buxar on October 22, 1764. In this battle, Mir Qasim and others were defeated.

✦ Introduction of Dual government after an arrangement with the Nawab of Bengal.

✦ In May 1765, Robert Clive become The Governor General of Bengal for the first time.

✦ The TREATY OF ALLAHABAD was signed in 1765 between the English on one-side and Shah Alam-II and Shuja-ud-daulah on the other side. As per treaty British received Diwani rights from Shah Alam II instead off British gave pension to Nawab and Kara, Allahabad handover to Shah Alam and now they took all the territories of Shah Alam.

✦ As per treaty Suja-ud-doula accepted to pay fifty million to British. 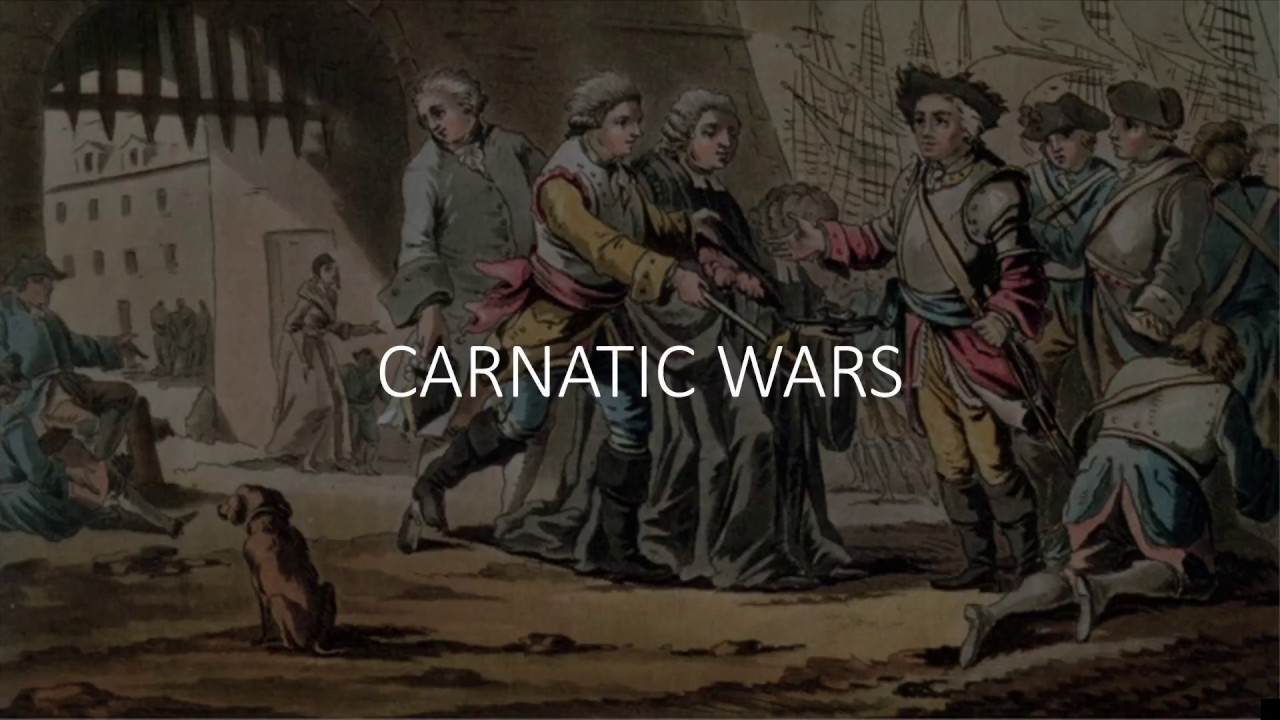 ✦ Haider Ali made expedition against Tiruvangur. This place was protected by British so that start war against Haider and British wanted to control Haider Ali’s rapid growth.

✦ The British try to form a tripartite against Haider, the Nizam and the Marathas.

✦ As Haider Ali was a great diplomat, he brought off the Marathas and won over the Nizam and thus broke the alliance. The war was brought to an end by signing of the Treaty of  Madras(1769). As per treaty if any third person attacked one should help other.

✦ The main causes of second Mysore war is British failed to help Mysore during the invasion of Marathas so that war started.

✦ Formation of an alliance by Haider with Nizam and Marathas against the English in 1779.

✦ Death of Haider and succession of Tipu Sultan.

✦ End of the war as a draw and conclusion of the Treaty of Manglore by Tipu.

✦ By which both parties agree to restore the conquered territories to each other.

Tipu sultan try to conquered Tiruvangur. So that the war started.

✦ In the III anglo mysore war (1789-1792), he was defeated by the triple alliance of British, Nizam and the Marathas and had to sign the Treaty of Srirangapatnam. By this treaty, Tipu ceded half of his territory to the English and paid a large amount as war indemnity.

✦ Tipu’s efforts to seek help from the Revolutionary France and the Muslims of Arabia, Kabul, Turkey, etc. so that British started war against Tipu.

✦ Battle of  Malavalli Tipu died at srirangapatnam where he defending it. Arthur Wallesley, who was to defeat Napolean in the battle of Waterloo, also participated in this war.

✦ In 1831, William Bentick took over the administration of Mysore because of misgovernment by its ruler, but in 1880 Lord Ripon restored it to its Raja.

✦ Treaty of  Madras, 1769, restored the conquered territories to their respective owners.

✦ Treaty of Srirangapatnam, 1792 was signed by Tipu Sultan by which he had to  cede half of his territory to the company and paid a huge war reparation

✦ After the death of Ranjith Singh ,British policy of enrichment  of the Punjab and their military preparations

✦ The sikh committed to pay 1.5 crore rupees to the company as war indemnity

✦ Rani Jindan Kaur was made the Regent  of the state and  Lai  Singh s the  Wazir of the Maharaja.Sir Henry Lawrence was appointed as the Resident of Lahore 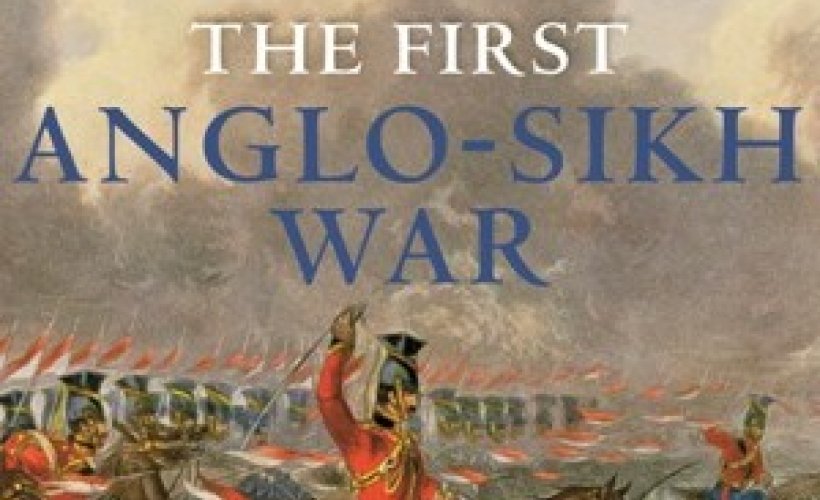 ✦ The Battle war started British and Marathas finally the concluded treaty of Salbai.

✦ The year 1818 was a significant year on account of major political achievements for the British. The Maratha dream of establishing themselves as the paramount power in India was completely destroyed. Thus, the last hurdle in the way of British paramountcy was removed.

✦ The disbanded Maratha troops now looting and creating problem against British they called Pindaris and they were suppressed by British.

✦ Amar singh thapa,the able general of Nepal army was forced to surrender. In March 1816, the treaty of Sagauli was concluded

Copyright © All Rights Reseverd | Websolution by